The Kwan Dao (or Guan Dao) is one of a family of weapons known as the 'Long Handled Sabres' and consists of a heavy metal blade attached to a six foot staff. The Kwan Dao is thus another of the weapons in White Cloud which isn't taught until proficiency with the staff has been obtained. The weight of the weapon means that it can be used simply to train the users strength and endurance. But despite this extra weight the White Cloud students who begin the Kwan Dao training are expected to perform the form at pace, with the same verve as they did the staff form and to strike with the whole of the weapon's six foot length. 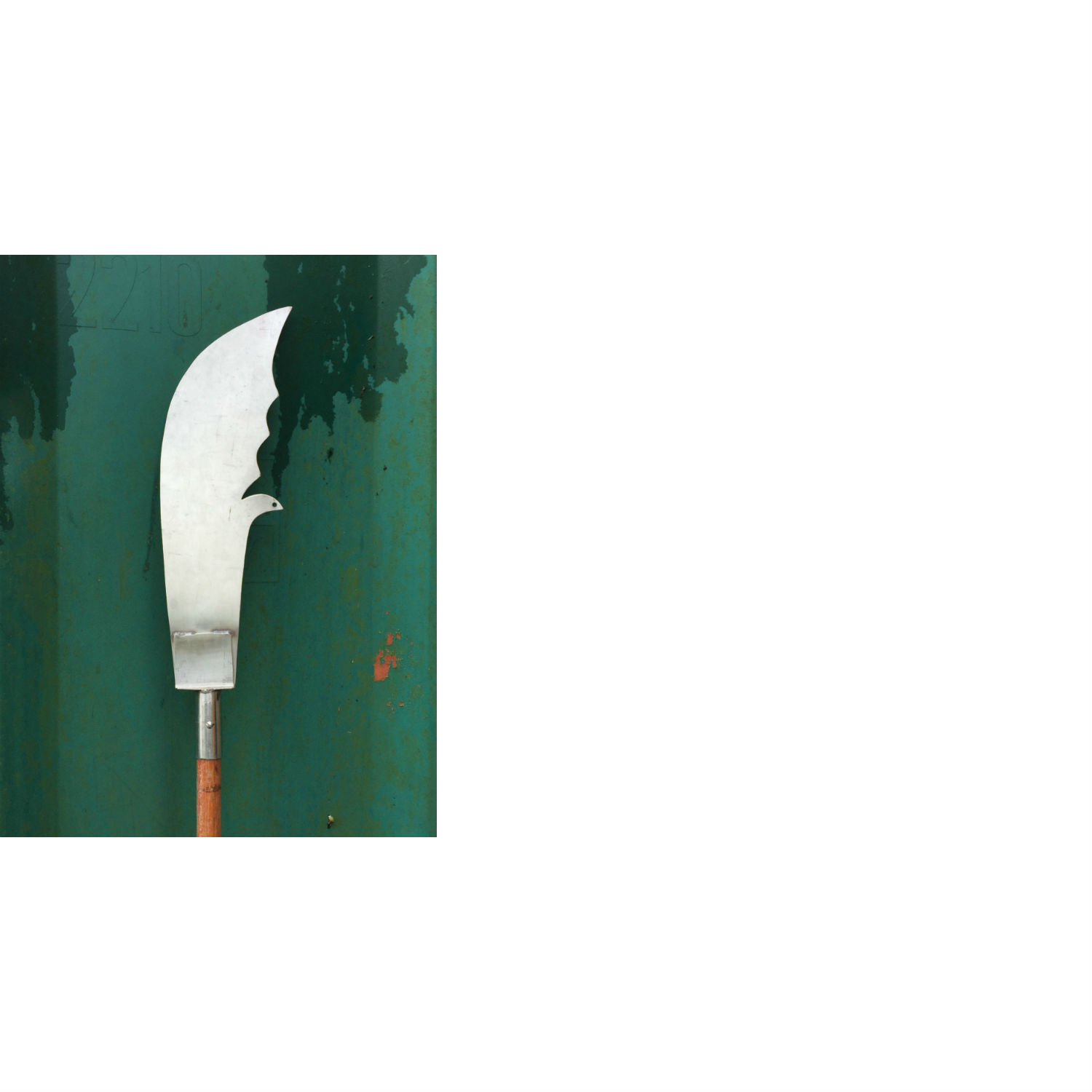 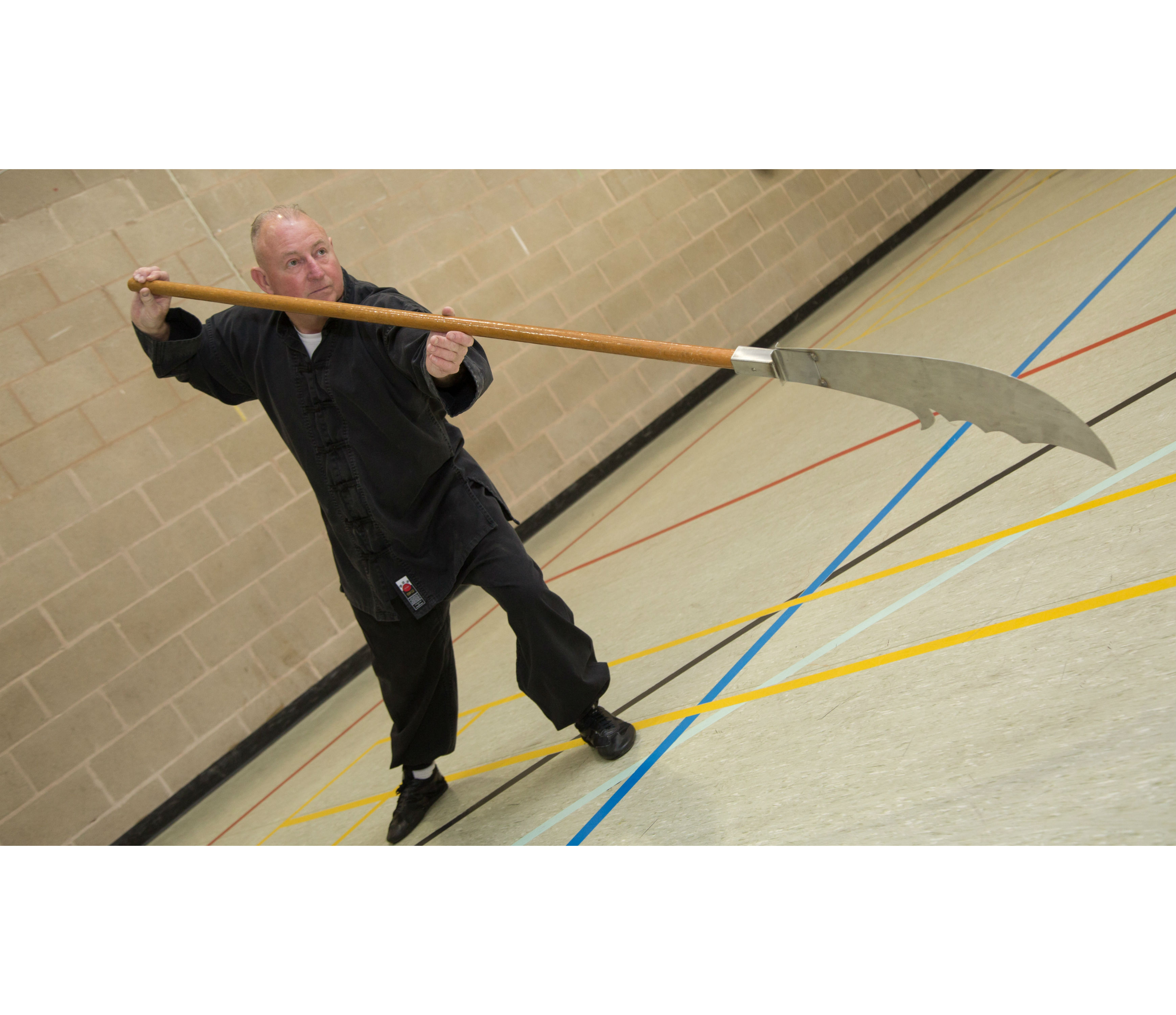 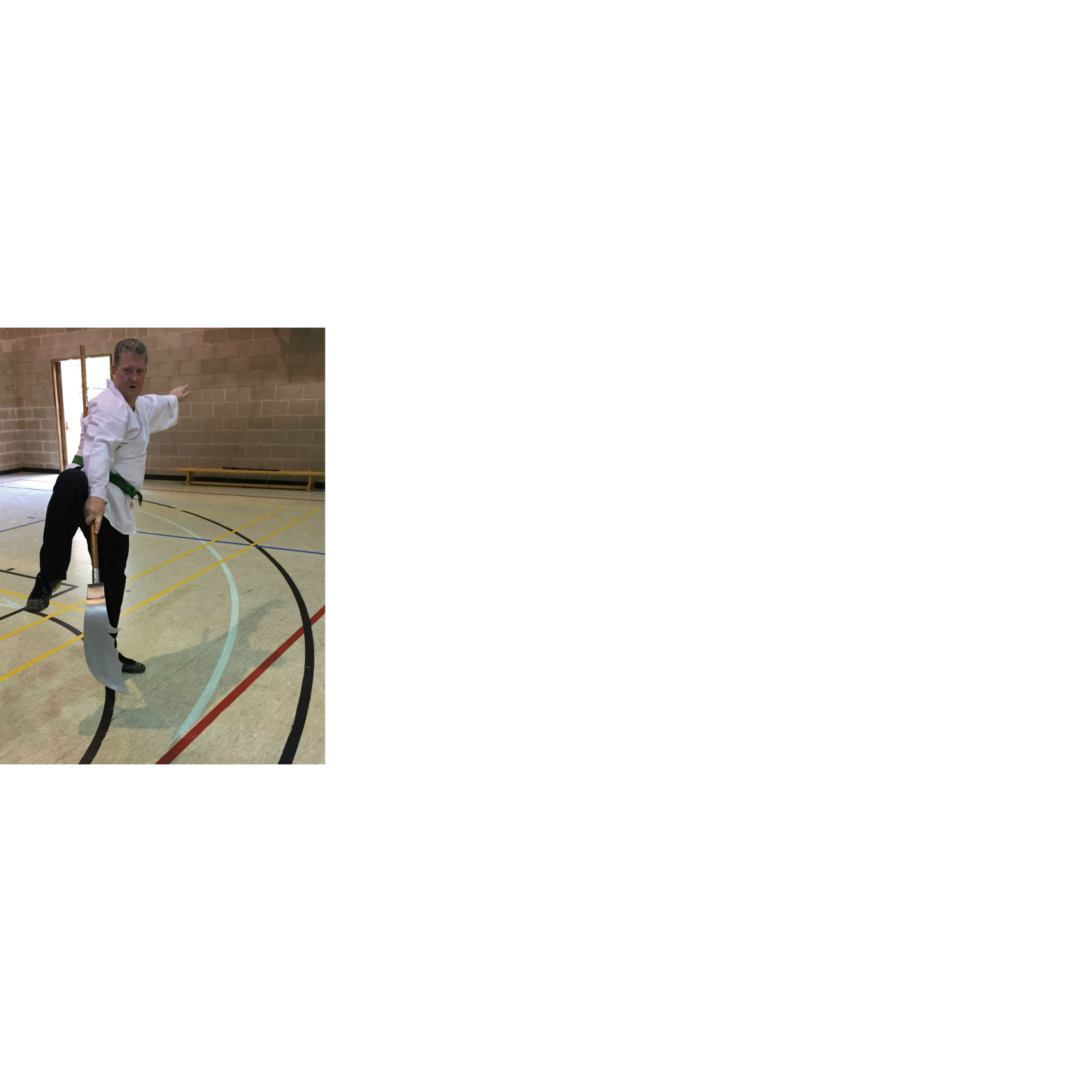