The White Cloud Martial Arts Academy was originally founded in 1962 as the "Blackburn YMCA Karate Club", by the late Master Derek Gordon and later transferred to the 'new' YMCA.

The club then moved into its own, town centre premises on Preston New Road in 1990 and adopted the names White Cloud Kung Fu Society or Blackburn Martial Arts Academy (BMAA) but due to re-development in the area in 2000 was forced to move again to its current base at St Bede's school.

Following the untimely death of Master Derek Gordon the White Cloud Academy passed into the hands of Master Dave Cowell, who now as Grand Master, has unceasingly taught Martial Arts in Blackburn ever since, for many years time assisted by Grand Master Bill Keith and more recently by chief instructor Ben Mercer.

Throughout White Cloud's long history and through all its transformations from the old "Karate Club" to its current incarnation as the White Cloud Martial Arts Academy, the club has always maintained the highest of standards, producing over a 100 instructors (Sifus), many of whom are actively teaching Chinese Martial Arts.

The teaching at the Academy is a balance between classical Chinese Martial Arts as they were meant to be practiced, from ancient Daoist exercises to the practical application of otherwise abstract systems; and sparring based, combat training with physically demanding cardio incorporated into it.  All this means that today's White Cloud training sessions are suitable for anyone but still challenging to students of all levels of experience and ability.

The Academy now runs two, adult only classes each week and in 2018, after a decade long closure, re-opened iit's junior section for 9 - 13 year olds.

White Cloud - as described by the man who founded it

You can only experience the White Cloud Spirit directly through your efforts in training, no one can give you this knowledge, the only way you can understand it is by gaining it for yourself.  This experience can only come after years of hard work - dedication and personal sacrifice.

No words can explain it, no theorizing can give you its understanding, only the direct personal experience can give it to you and make it part of your art.

Your attitude towards training must be one of regular attendance otherwise you cannot hope to make any progress of note, once this progress is made it is very important to maintain it.  I will not have students who are not prepared to train on a regular basis.  You must be serious and dedicated towards your Kung Fu and must make many personal sacrifices to do so.

If the reason for attending the grading is to ascertain this grade or that grade, then you are lacking in the true martial arts spirit and my teachings have not reached you on a personal level and you are missing the whole point of White Cloud, which is an experience undergone during training and from which comes true knowledge.  The power of 'Chi' is gained by practice alone.  So give yourself fully to this end, if not make way for students who will.

Dedication, truthfulness in training, and in practice remember the road in Chinese Boxing is long, hard and steep, and success is only for those of a strong and true spirit.

Be patient, humble, and respectful and help those students weaker than yourself. 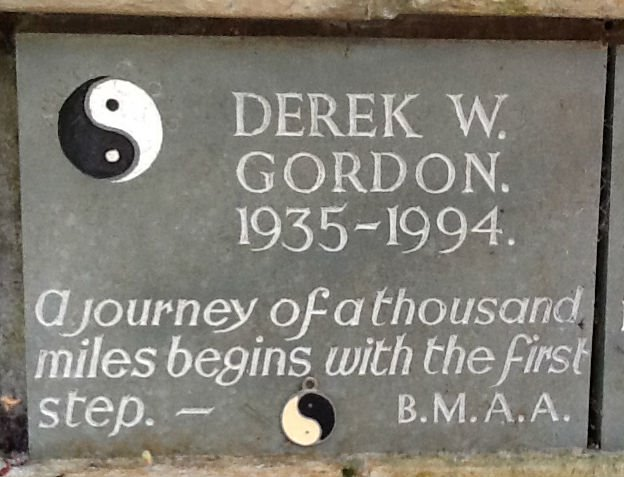